Would You Give Money To The Homeless If They Were Mannequins? 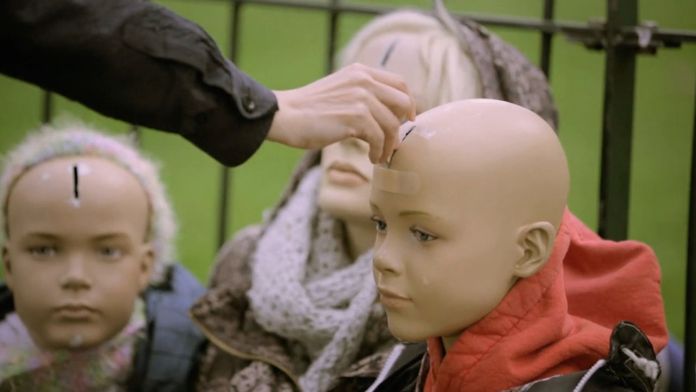 What an interesting and innovative way to raise funds and awareness to the homeless situations that most cities experience. In Amsterdam, an advertising agency JWT, created a campaign to help raise money and awareness for the homeless. Mannequins were dressed up shabbily and put a piggybank slot in their heads for donations and then placed around the city in various locations such as a park bench or under a bridge with a sign asking for a contribution. This was is an amazing idea for a campaign! There is no doubt in my mind that it is plausible and could be used in many other cities all around the world to help eliminate homeless issues in their city. In fact it could change most cities all over the world.

Yes there are many benefits to this campaign, especially for individuals. Besides the obvious of helping those in need with food, clothing, and shelter, it allows people to get back on their feet financially and start building a better life.  By using mannequins to appeal to the compassionate side of humans is a great way to reach out to society. Making people aware of just how serious and real this issue is in their own city. Perhaps it allows people to take a good look and imagine if it was a real person there and not a mannequin. Making people feel compassion. It would remove the discomfort barrier to giving. In fact, in a video showing how people responded to the mannequins, it made it easier for some people to put a coin in the slot because it wasn’t a real person, therefore allowing organizations to raise the money needed to make a difference in a needy person’s life and hopefully eliminate the situation. Now a person could ask the question, “How could this campaign help the planet?”  Well, I like to think that if this innovative idea was used in many cities around the world, perhaps it would bring people, cities and countries closer together. It could become a worldwide campaign raising money to help men, women, and children all over the world. Therefore becoming a benefit for the planet, as it would have people thinking of other causes we could conquer if we worked together.

Well, I suppose it would make sense to think that many great innovative ideas would have potential drawbacks. After all responses can be unpredictable when dealing with humans.  There is potential for theft… But after seeing the video that shows how people responded to the mannequins in Amsterdam, I feel confident that using mannequins dressed up shabbily and putting a piggybank slot in their heads for donations and placing them around a city with a sign asking for donations would be well received, and the amount of money raised to help the needy would be astonishing. But you decide for yourself after watching the video.